Quotes from experts on pharmaceutical companies and profits: 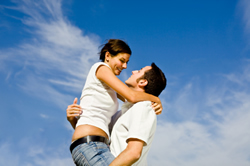 We have to remember that most medical research in this country is financed by pharmaceutical companies who are looking for new drugs they can produce and sell.

Psychoneuroimmunology research is aimed at showing that the body is capable of producing its own healing substances. The bottom line is that stockholders of the companies that invest in medical research can't see how they can profit from such research and so will naturally put their developmental money into the money-making ventures instead.

There is probably nothing more profitable to the drug companies than interminable treatment of patients with drugs that do not work. Yet countless patients, at great cost to our nation, are kept on these treatments because they have been proven to help two-thirds of people and health-care providers have no policies or procedures to do otherwise.

When those who pay the bills realize how much of their money is being wasted, and how much can be saved by requiring policies and procedures to identify patients not helped by standard treatment and select alternatives for them, it may happen.

Diabetes is such a profitable business that physicians will put pre-diabetic patients, with only marginally high blood sugar, onto diabetes drugs before even trying weight loss and exercise.

With the growing epidemic of obesity, the drug companies can look forward to a financial windfall. Many millions of Americans will be taking their statin drugs to lower their cholesterol levels. And they could each be spending $3 a day, or $1100 a year, for the rest of their lives.

As the function of medical research in our society has been transformed from a fundamentally academic and scientific activity to a fundamentally commercial activity, the context in which the research is done has similarly changed: first in universities funded primarily by public sources, then in universities funded primarily by commercial sources, then by independent for-profit research organizations contracting directly with drug companies. And most recently, the three largest advertising agencies, Omnicom, Interpublic, and WPP, have bought or invested in the for-profit companies that perform clinical trials.

Moreover, if a drug company's profits increase because of slanted research, hasty marketing, and misleading advertising, other companies must adopt these same methods in order to remain competitive--and the race to the bottom accelerates. This is why in any area of endeavor, codes of behavior must be periodically reexamined. Doing so is a common occurrence in politics and sports, and it is what the drug companies must now undertake.

An independent research center could study other uses of new medications that were not studied by their manufacturers. It could research new uses or problems with generic drugs, which drug companies do not study because the patents of generic drugs have lapsed and there is little likelihood of profit.

In the United Sates, pharmaceutical companies support most medication research and development. Because they really can't earn a profit from natural substances, which they can't patent, they're reluctant to fund studies on plant estrogens. Fortunately, many medical centers are helping to bridge this research gap by establishing departments of complementary and alternative medicine. At the Rosenthal Center of Columbia University, for example, scientists are conducting studies of black cohosh and other phytoestrogens.

One of the reasons for this is economic. Herbs, by their very nature, cannot be patented. Because of this, drug companies cannot hold the exclusive right to sell a particular herb and they are not motivated to invest in testing or promoting herbs. The collection and preparation of herbal medicines cannot be as easily controlled as the manufacture of synthetic drugs, making profits less dependable.

The FDA estimates it costs over 7 million dollars to bring a new drug to market pharmaceutical companies put that figure closer to 70 million dollars. They say they need two million users of a substance just to break even. Since natural substances cannot be patented, there is even less room for profit in them.

The pharmaceutical industry is, obviously, a very powerful force in American science, medicine, business, and politics. The industry must make large profits to realize a return on investment, particularly in a regulatory system where it costs $100 to $200 million dollars to bring a new drug to market.

While it is in the interest of such companies to find patentable cancer treatments, there is no corresponding incentive to develop non-patentable natural methods. Since it currently costs around $200 million to develop a new drug in the US, mainly to comply with Byzantine FDA regulations, the drug companies claim they must seek enormous profits from each and every drug.

In order for pharmaceutical companies to earn a profit, they must develop drugs that are potent enough to patent and can be approved by the FDA. To gain FDA approval, these drugs must demonstrate an acceptable safety profile. However, the safe dose of potent drugs can vary considerably among individuals. What is safe for some people can be a lethal overdose for others. Yet doctors and drug companies usually recommend the same dose for everyone, even though lower doses of many prescription drugs can achieve the same beneficial effects, while dramatically reducing side effect risk and the cost of the medications.

Unlike the standard treatments for heart disease, coconut oil is cheap, has no adverse side effects, and is readily available to everyone. Because it is a natural product that is already widely available, pharmaceutical and medical industries have no desire to fund studies or promote interest in this area. There is no profit for them. Since most of the information on MCFA and coconut oil are buried in scientific literature, few people are aware of the benefits. Knowledge about the true health aspects of coconut oil has to come from experienced clinicians, authors, and researchers who are familiar with the true facts about coconut oil. Yet they face an up-hill battle because they must fight prejudice and misguided popular opinion that is fueled by powerful profit-seeking enterprises.

By their very nature, prescription drugs are the perfect product for a monopoly. Drugs are patented and available from only one manufacturer, and prices can be increased at the discretion of the company with few consumer complaints. How many people who are ill question the cost of drugs prescribed by their doctor? During the 1980s, inflation rose 58 percent and pharmaceutical companies managed to triple their prices. In 1990 the drug industry was the most profitable industry in America, with 13.6 percent annual profits, more than triple the average Fortune 500 company. The 1991 median profit of a Fortune pharmaceutical company was $592 million. Because the U.S. is the only major industrialized nation that does not regulate the prices or profits of drug companies, prescription drugs generally cost 25 to 40 percent more than in other countries. For three out of four elderly Americans, prescription drugs are their biggest expense.

Drug costs are higher in the United States than anywhere else in the world. Most major industrial nations employ profit-control measures that limit how much a drug company can charge for a drug. Because most drug companies market the same drug throughout the world, they rely on American sales for the bulk of their profits.

The global pharmaceutical industry--which generated revenues of more than $364 billion in 2001--is the world's most profitable stock market sector. According to IMS Health, the leading drug industry market analyst, half the global drug sales are in the U.S. alone, with Europe and Japan accounting for another 37 percent. ?